At $3.50/gallon Mickey Kaus is channeling an observation I made when L.A. gas crossed the $2.00 mark: "After a week in L.A., with a car for a few trips downtown, I'm starting to feel pretty friendly toward high gas prices. Having to pay more than $2 a gallon does wonders for the traffic."

Grocery shopping doesn't have to be an annoying chore. Thanks to stores like Wegmans and (the overrated IMHO) Central Market, some people make it a weekend recreation, reports Maria Puente in USA Today. Here's an excerpt:

These companies say they're successful because they have figured out how to tempt customers away from the convenience of 7-Eleven and the low prices of Wal-Mart by teaching employees to build relationships with shoppers through personal service.

"They're making shopping more aspirational and pleasurable," says Andrew Seth, co-author of Supermarket Wars. "They show customers they care about them, and they give them great food."

The result: America is both a Wal-Mart nation and a Wegmans nation. And even Wal-Mart is trying to look more like Wegmans or Whole Foods: The retailer just announced it's going to double its organic offerings in many of its 3,800 stores. Likewise, Safeway has tried to follow the Whole Foods and Trader Joe's model by introducing its Lifestyle stores, which feature such amenities as hardwood floors and more prepared meals.

"Shoppers now are willing to drive to experience something they feel brings them value, and not just in the monetary sense. For some, it's Wegmans; for others it's Wal-Mart."

And for many, it's both, or even more. "Shoppers are actually increasing their channel surfing," says Laurie Demeritt, president of the market research firm the Hartman Group in Bellevue, Wash. "They might go to Wal-Mart to stock up on (bulk items). And when they want to buy hormone-free milk, they'll go to Wild Oats."

And if you want to find Diet Coke on a Sunday or Monday, you'd better go somewhere besides my neighborhood Albertson's.

There Is No Energy Crisis

I wrote this Reason editorial 10 years ago, but with a few tweaks of the names and numbers it could run tomorrow. Here's the opening:

In 1994 and '95, paper prices skyrocketed. The cost of magazine paper rose by about 10 percent a month, hardly the sort of hike you can simply pass on to subscribers. Most publishers, including REASON, dealt with the increase by printing fewer pages and adding fewer new subscribers than they'd planned. Newspapers were even harder hit: Escalating newsprint prices drove many to lay off hundreds of employees, raise prices, and, in some cases, go out of business. It was not a happy time in the publishing industry.

Yet as far as I know, no one in the Clinton administration ever called a press conference to address the "paper crisis." Congress never held hearings on the subject. CNN never led the evening news with tales of how paper buyers were struggling. Newt Gingrich never posed for photos in front of giant rolls of newsprint. Bob Dole never denounced the president for his lack of "leadership" on the matter.

And that's as it should be. There was no crisis, nothing requiring an emergency response from government. By historical standards, paper wasn't even that expensive; its price was just higher than expected, and rising rapidly. Government policy had exacerbated things--in this case, through recycling mandates that led paper companies to invest in converting, rather than expanding, capacity--but the main cause of the price jump was plain old ordinary tight supply hit by expanding demand. The higher prices gave both consumers and producers important information about the state of the market. In response, buyers bought less. Sellers started to produce more. And prices eventually crept down.

That's how prices work. They convey information. They give people feedback about what's happening in the world. They produce responses. They go up and down. And while sellers may experiment with different levels, always seeking the most profitable ones, no one in particular gets to decide where prices will end up. They are out of control.

Recently, we've had a "gas crisis." From February through the end of April, retail gasoline prices jumped about 12 percent nationally, 21 percent in California. What's interesting about the latest "gas crisis" is how, despite a brief flurry of media attention and political pontificating, it looks a lot more like the "paper crisis" than like the real gas crises of the 1970s. There are no long lines at the pump or threats of "odd-even" rationing based on your license plate number. You can fill your tank on Sunday, and every station has gas- -for a price. The government interventions that distorted energy markets in the 1970s, and put drivers through hell, have disappeared.

This crisis isn't a crisis. It's just a price increase, the sort of signal consumers adjust to every day. No hysteria is called for.

Anyway, I thought we were supposed to be using less gasoline--to save the planet, annoy the Saudis, whatever. But I guess that was just talk.

If you can turn a preference for local produce

into a political category, maybe this growing movement will swing the next election.

The Picture of Health 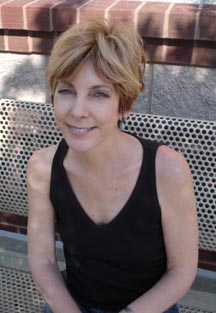 On a reporting trip last week, mostly to New York, I made a brief stop in Washington to see Sally Satel, who continues to recover rapidly from her kidney transplant. She's now busy working on a book about the screwed-up system for allocating organs--a remnant of extreme central planning that needlessly kills thousands of Americans every year. And the system isn't even as bad as some "bioethicists" wish it were.

For an outrageous example of trying to curtail organ donations in the name of "fairness," go here and here.

Having lived all over the country, I'm acutely aware of regional differences--not all of which are political (or linguistic). Here's a map of the one I've always found the most striking: What background assumptions inform cultural discussions of religion? This isn't just a question of doctrine, much less voting behavior. It also reflects how people think about church authority and organization.

The folks in the counties colored blue here tend to assume the church is a worldwide hierarchy with bureaucracy, tradition, and deep pockets. Those in the red counties assume complete congregational autonomy, the right of members to hire or fire a preacher by a simple congregational vote, and a wildly free market for money and members. They may vote the same way in presidential elections, but their experiences of governance in their religious lives could not be more different. (The green, yellow, orange, and tan counties fall somewhere in between.) 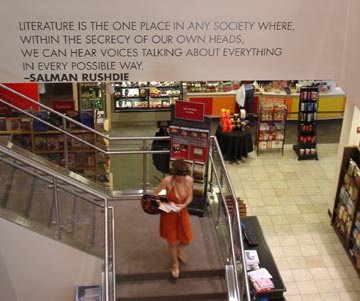 Allow me to plug a new advertiser--way down the page in the Blogads ghetto. Applied Genius is run by a friend of the Postrels who's a smart, generous cheapskate--the kind of guy who develops a spreadsheet so everyone he works with can figure out which health-care plan is the best for their particular circumstances. He treats saving money as a great game, and he's developed the site to share what he knows (and maybe make a few bucks in the process).

I can't fault his math, but I don't endorse his views on fluorescent bulbs. Aesthetics counts too. But at least "Mycroft" relies on persuasion rather than legal sanctions.

It's not "terror." Jonathan Rauch has a smart take, with some reading recommendations.

MetaCool's Diego Rodriguez, who's no technophobe (to say the least), explains why he went cold turkey recently: "I love the Internet because of its seemingly infinite potential for engendering connectedness and depth of thought and meaning. But I suspect that there's a curve of sorts at work here, and as one travels across that curve things start to trend toward the shallow and the trite."

I think the shallow sets in pretty quickly, which is why I don't blog--or even read other people's blogs--every day.