It's Good to Be Home

After moving from Boston to New York, Howard Husock reflects on the "blindness" of being in a new place, and what much more dramatic moves must mean for immigrants. Having just had the opposite experience--moving back to my old city and neighborhood after seven years away--I understand what he means. Even if you don't that many neighbors, you get to know the rhythms and meanings of a place. What makes a place feel like home is more mysterious, however. L.A. felt like home from the time I got off the plane for a visit in the winter of 1986. It's good to be back.

Could Eudora Welty Get Published Today?

Sharon Steel of the Boston Phoenix reports on a trend she finds worrisome: promotion of writers (more precisely, of literary fiction writers) based on their looks. She writes:

Literature, unlike so many other media industries, is technically a meritocracy. But that won't stop book marketers, bloggers, critics, and the literary community at large from collectively slobbering over a pretty author. No, the literary rules changed ages ago. Books no longer need to be serious in order to be published; there are fewer and fewer venues available for reviews (rendering competition more intense with every passing catalogue season), and critics aren't doing their job unless they are merciless. Perhaps as a response to all of this, publishers have begun to count on their authors to do double-duty--to act as sex symbols as well.

The trend isn't new. I included a mention, citing a couple of similar articles from the U.S. and U.K., in The Substance of Style. As long as personal profiles and TV appearances are the most efficient ways to promote books, looks will matter. But looks aren't the full story. As an unkind anonymous commenter observed, Tyler Cowen is " not particularly pretty...nor fashionably dressed." Yet he gets profiles promoting his new book, Discover Your Inner Economist

. Tyler may not look like George Clooney, but he's an interesting, quirky person who makes a good story. Good looks are only one way to attract attention. Dave Eggers

would be famous even if he weren't good looking, because his personal story was compelling and he was already well known as a literary entrepreneur. (His brother Bill, an old friend of mine, doesn't get as much publicity or sell as many books--but not for lack of looks.)

Book marketing has two big problems. Books are "experience goods," which means you don't know whether you'll like one until you've actually invested in reading it. That's all the more true for fiction, where merely explaining the book's premise or setting doesn't come close to capturing what it's like to read. But there are lots of experience goods on the market, from movies to massages. The much bigger problem for book marketing is that there are so many books. Everyone who might be interested in seeing a particular movie probably knows that the movie exists. Not so potential book buyers. Simply getting potential readers to know about your book is the author's (and publisher's) biggest challenge. That's why it's an author's nightmare to be a guest on Oprah but forbidden to even mention a new book. (Chris Rose's column here is quite funny.)

The dirty little not-so-secret of book publishing is that it is a meritocracy, but one in which "merit" includes more than just writing quality. An author who will get attention--whether because of looks, connections, celebrity, or a dramatic past--is more valuable than an author who won't. Again, from Steel's article:

"We're not out there to perform. Well--most writers aren't out there to perform," says Katherine Taylor, 34, whose first book, Rules for Saying Goodbye, was published by Farrar, Straus and Giroux (FSG) this June. "I think, though, that in the current publishing climate, readers--not the real readers but a certain type of reader--want more of an icon than they want the book. I think that only because I'm shocked at the coverage I've gotten. You write a book and you expect the book will get the attention. And it's surprising how a lot of the attention--even in supposedly super reputable arenas--the attention's been focused on me and not the book, really, at all."

She's right. On the strength of the Spring 2007 FSG catalogue alone--which included a page about Taylor's forthcoming book, as well as a photograph of her that was taken by her brother--the New York Observer's Spencer Morgan was assigned a profile on Taylor. When they met, she says, he told her he hadn't even read her book, but that his editor had told him to write the piece. In his "Farrar Thinks Pink," Morgan began by asking whether the catalogue ought not to have come with a warning sticker: "Va-va-va-voom!" he panted, noting that Taylor's "curvy bodice is simply straining against a clingy T-shirt" in the picture. He fake-checked himself to make sure that the catalogue was FSG, not Abercrombie & Fitch, and inquired slyly whether FSG, regarded as one of the last old-fashioned literary publishers, was pushing Taylor's book in an attempt to foster their own Marisha Pessl phenomenon. They had T.S. Eliot, Flannery O'Connor, Michael Cunningham, and a total of 22 Pulitzer Prize — winning authors. Where, Morgan pondered, did someone like Taylor fit in?

Ever hear of Susan Sontag? She was one of FSG's best-known writers, and as famous for her image as for her ideas.

I wrote about buzz marketing and experience goods here.

And The Issue, an online daily composed of a wide variety of blog posts. Maybe everybody else already knows about it, but it was new to me and great for browsing.

Meanwhile, in between posting on assorted economic topics, Megan McArdle has been trying to figure out how to keep comments civil.

The post below on DNA glamour was inspired in part by the research I did for my latest Atlantic column, which explores how CSI and Numb3rs have created a new glamorous archetype of the scientist. Here's the opening:

Even before Sputnik, scientists and policy makers worried that not enough Americans were studying science. In August 1957, two months before the Soviets launched their satellite, Science magazine published a survey of high-school students' images of scientists, conducted by Margaret Mead (yes, that one) and Rhoda Métraux. Students, they found, thought scientists were important. "Without science we would still be living in caves," was a common sentiment. But they didn't want to become scientists or (a question asked only of girls) to marry one. Scientists were just too weird.

The number of ways in which the image of the scientist contains extremes which appear to be contradictory—too much contact with money or too little; being bald or bearded; confined to work indoors, or traveling far away; talking all the time in a boring way, or never talking at all—all represent deviations from the accepted way of life, from being a normal friendly human being, who lives like other people and gets along with other people.

A lot has changed in the past 50 years, but the stereotypes remain. Scientists in the movies, noted a 1998 study in The Sciences, tend to "have two personality traits in common: obsessive natures and brilliant minds." Their detached objectivity makes them "dangerously compartmentalized and blind to frailty and emotion." Scientists appear most often in horror movies. Through childlike curiosity or God-defying hubris, they unleash destructive forces they can't control—Forbidden Planet's Monsters of the Id.

In works from Faust to Frankenstein to The Fly, scientific wonder quickly morphs into horror, turning desire into revulsion, as the scientist's beautiful illusion bursts into a nightmarish new reality. In the novel, Victor Frankenstein recalls the transformation:

Now that I had finished, the beauty of the dream vanished, and breathless horror and disgust filled my heart. Unable to endure the aspect of the being I had created, I rushed out of the room, and continued a long time traversing my bedchamber, unable to compose my mind to sleep.

Frankenstein did not invent the fear of science; the novel found its audience because it dramatized anxieties that already existed. Although popular entertainment can, over the long run, shape public perceptions, it becomes popular in the first place only if it addresses preexisting hopes, fears, and fascinations.

That makes the extraordinary success of CSI: Crime Scene Investigation, which begins its eighth season this month, all the more remarkable. Unlike its direct spin-offs and numerous imitators, which are more-conventional cop melodramas, the original CSI has at its core an eccentric scientist: obsessive, brilliant, objective, and self-contained. "Oh, I have outlets," says Gil Grissom. "I read. I study bugs. I sometimes even ride roller coasters." What a nerd.

Following up on my earlier post, reader (and D Home blogger) Paige Phelps sends a link to this post from science blogger Carl Zimmer taking a pretty comprehensive look (with photos) at science-oriented tattoos. And scientist-blogger-knitter Grace Peng writes, Don't forget you can knit DNA designs on your socks. These are all geek-style, however, not DNA-as-general-icon. A better example of DNA style is this CD rack. We have two of them--functional and beautiful as well.

Following the advice in his new book, Discover Your Inner Economist

, Tyler Cowen asks readers to tell him which individual Indians he should send cash to.

The Value of Incoherence

Drawing on David Hull's classic Science as a Process

, Professor Postrel explains why disciplinary incoherence is a virtue--even though it drives him crazy. 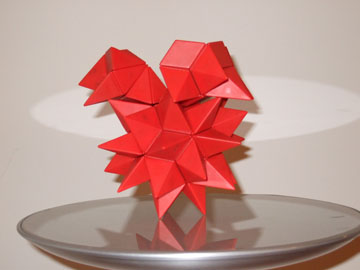 While I've been away, kidney donor Tom Simon has been busy blogging--and defending himself and his donation against an attack in The American Spectator. (The author has apparently never heard of Google, which would have given him plenty of background on Tom.)