, Francine du Plessix Gray writes: "I'm sorry to report that "The Second Sex," which I read with euphoric enthusiasm in my post-college years, now strikes me as being in many ways dated."

Having recently read portions of the old translation of The Second Sex, I concur. De Beauvoir was writing about another world. That's what's known as progress.

A few instances: Writing about the aggressive nature of man's penetration of woman, [earlier translator] Parshley felicitously translates a Beauvoir phrase as "her inwardness is violated." In contrast, [new translators] Borde and Malovany- Chevallier's rendering states that woman "is like a raped interiority." And where Parshley has Beauvoir saying of woman, "It is she who defines herself by dealing with nature on her own account in her emotional life," the new translators substitute, "It is she who defines herself by reclaiming nature for herself in her affectivity." In yet another example, man's approach to woman's "dangerous magic" is seen this way in Parshley: "He sets her up as the essential, it is he who poses her as such and thus he really acts as the essential in this voluntary alienation." But in Borde and Malovany-Chevallier, "it is he who posits her, and he who realizes himself thereby as the essential in this alienation he grants." Throughout, there are truly inexcusable passages in which the translators even lack a proper sense of English syntax: "Moments women consider revelations are those where they discover they are in harmony with a reality based on peace with one's self."

Toril Moi made a similar point, and included the French, in an earlier, devastating review in the London Review of Books. Translation is always tricky, but if "affectivity" is the best you can come up with, you need a better command of English.

Barry Schwartz would not approve.

This quotation is supposedly from John Adams, but I think something got lost in translation. The store sells preppy kids' clothes.

Real Estate Glamour: Life Would Be Perfect If I Lived in That House 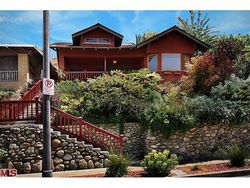 breaks from a long-standing trend in nonfiction publishing. Instead of a clever title followed by a long explanatory subtitle, it has no subtitle at all. It doesn't need one, because the title itself so perfectly encapsulates a common, but rarely articulated longing. The book is all about the intense glamour of houses you don't have. I review it in Tuesday's Wall Street Journal. Here's the beginning of the review.

The fantasy of a life transformed is what makes the ads and features in interiors magazines so enticing — no fashion or celebrity magazine glamorizes its subjects as thoroughly as Architectural Digest or Elle Decor — and what gives HGTV's low-budget shows their addictive appeal. The longing for the perfect life in the perfect environment can make real-estate listings and "For Sale" signs as evocative as novels. This domestic ideal gives today's neighborhoods of foreclosed or abandoned houses their particular emotional punch. A stock-market bubble may create financial hardship, but a housing bust breaks hearts.

Read the rest here. You can buy the book here