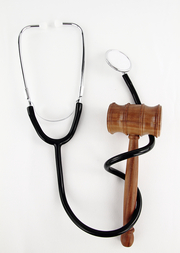 How Many Pairs of Shoes Do You Own?

Please help me with an experiment. First estimate how many pairs of shoes you own. Then go count them. Post the two numbers in the comments below.

Here's a WSJ column I wrote on a related subject, although it doesn't mention shoes. Excerpt:

Then the economy crashed. Consumers drew down their inventories instead of replacing clothes that wore out or no longer fit. In the 2009 survey, the average wardrobe had shrunk—to a still-abundant 88 items. We may not be shopping like we used to, but we aren't exactly going threadbare. Bad news for customer-hungry retailers, and perhaps for economic recovery, is good news for our standard of living.

By contrast, consider a middle-class worker's wardrobe during the Great Depression. Instead of roughly 90 items, it contained fewer than 15. For the typical white-collar clerk in the San Francisco Bay Area, those garments included three suits, eight shirts (of all types), and one extra pair of pants. A unionized streetcar operator would own a uniform, a suit, six shirts, an extra pair of pants, and a set of overalls. Their wives and children had similarly spare wardrobes. Based on how rarely items were replaced, a 1933 study concluded that this "clothing must have been worn until it was fairly shabby." Cutting a wardrobe like that by four items—from six shirts to two, for instance—would cause real pain. And these were middle-class wage earners with fairly secure jobs.

So how many pairs of shoes do you think you own? How many do you actually own? 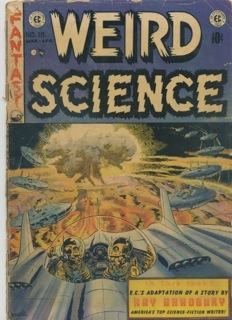 Why I Did Not Subscribe to the Los Angeles Times

After hitting the LA Times paywall one too many times, I decided I should invest in a subscription. I was signing up for Sunday delivery, which comes with digital access but costs $1.99 a week compared to $3.99 a week for digital-only access. (You can see the advertising model at work in those prices.) But as I filled out the form, I noticed the following below the required phone number:

By giving your phone number here, you agree the Los Angeles Times may call you about marketing, sales or promotional events, and may use an automatic dialer, text message or prerecorded voice to do so.

You can't subscribe without giving them your phone number and permission to harass you with unwanted telemarketing calls. So that's why the LAT lost this potential subscriber.

Ray Bradbury and the Power of Memory

Ray Bradbury has died at 91. His most famous book, Fahrenheit 451

, is about book-burning in a world where entertainment on wall-size screens ("parlor walls") has replaced reading. Published in 1953, it's a dystopia woven from a fear of television.

Its redemptive ending establishes another theme: the power of memory. The books aren't gone. Their texts have been preserved in the memories of people who read them and will keep them alive until it's safe to write them down again. One man has Plato's "Republic," another "Gulliver's Travels," another the book of Ecclesiastes. Books aren't physical objects. They're words that resonate and linger in the mind.

When I was in high school, I chose a passage from "Fahrenheit 451" to memorize and recite as a literary interpretation exercise in a speech class. Nearly four decades later, only fragments remain. The most important is this one:

Everyone must leave something behind when he dies, my grandfather said. A child or a book or a painting or a house or a wall built or a pair of shoes made. Or a garden planted. Something your hand touched some way so your soul has somewhere to go when you die, and when people look at that tree or that flower you planted, you're there.

Although I enjoy both science fiction and beautiful prose, I never read much of Bradbury's work, at least not once I was old enough to understand or appreciate it. (Sometime in elementary school I tried The Martian Chronicles

without realizing it was a series of short stories and not a novel.) But he exercised an enormous influence on my life through that one passage in "Fahrenheit 451."