Being Comfortable With Style 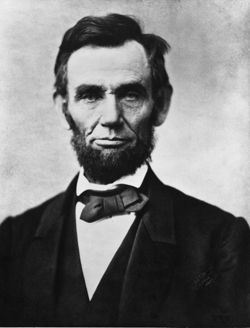 In 1863 Abraham Lincoln made a famous speech at the site of the Battle of Gettysburg that began: “Four score and seven years ago our fathers brought forth on this continent a new nation, conceived in Liberty, and dedicated to the proposition that all men are created equal.” The phrase “four score and seven years” was not normal speech for the time. This was a momentous occasion, and Lincoln used it to deliver a short, highly-poetic speech that would cause many people to rededicate themselves to winning the war. His use of the words “our,” “we,” and “us” throughout the speech is masterful.

In Sin and Syntax

Constance Hale wrote that, “When occasions call for eloquence, you need poetry, not Plain English.” But using a high style requires preparation, work, and the ability to be comfortable with style. At the moment we have a president and a first lady who are comfortable with eloquence and style. This is not always the case.

Dwight Eisenhower used to hold rambling press conferences with what might be called the “well-meaning, befuddled-uncle” style. Oliver Jensen, a reporter who covered the White House during the 1950s, suggested that if Eisenhower had written the Gettysburg address it might have begun: “I haven’t checked these figures but 87 years ago I think it was, a number of individuals organized a governmental set-up here in this country, I believe it covered certain European areas, with this idea they were following up based on a sort of national independence arrangement...”

I can imagine George W. Bush, in his down-home style having said something like, “A while back our folks decided that in America we ought to treat other folks as if they were just as good as us.” 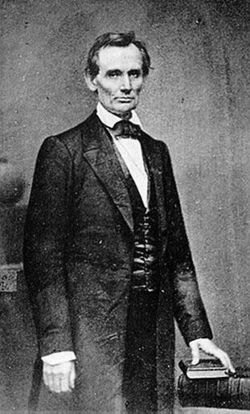 wrote for U.S. News and World Report about the image at left, a portrait done by Mathew Brady:

There, Lincoln discovered the power of his own image. At Mathew Brady's plush Broadway gallery, he posed for a brilliantly arranged portrait that softened the harsh lines in his face and emphasized his powerful frame against the evocative backdrop of a classical pillar and a pile of thick books. Brady transformed the prairie politician into a statesman. Widely copied and distributed during a presidential campaign in which, true to the tradition of the time, Lincoln did no campaigning of his own, the picture became his surrogate before image-starved voters. Months later, the victor acknowledged: “Brady and the Cooper Union speech made me president.” He had come to understand that images, no less important than words, could make or break political reputations.

We all want to put on the style. It is part of presenting our public self, like getting dressed up for a party. Often, when we actually get to the party all gussied-up, we’ll take great pains not to act that way, to show that the high style hasn’t really changed us, that we’re still just folks....We are, we like to think, what we are, whether in public or in private. No back-stage/front-stage difference divides our lives. This is an illusion, but we cherish it. 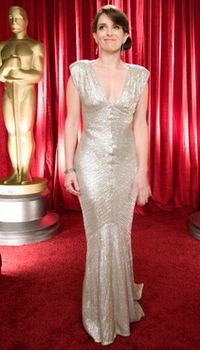 Unless we are used to it, we can have difficulty with style. I have often noticed the unease that many women seem to demonstrate when accepting a compliment on their appearance when they dress up. Instead of gracefully thanking whoever told them that they or their outfit look great, they often deflect the compliment by saying things like “Oh, I got this on sale,” or “I’ve had this for years,” or (to a close friend) “Does it look too tight right here?” Or you see women relentlessly adjusting their shoulder straps or frequently tugging at some part of their outfit. Such responses and actions seem to imply either that they themselves don’t feel their outfit is all that special, or that they are insecure about how they look and feel in it. Such demurring and fidgeting can greatly undermine the effectiveness of an outfit.

Lincoln’s Gettysburg address has been much studied, and it’s effectiveness was not accidental. As Civil War scholar Shelby Foote remarked, “Lincoln was highly intelligent. Almost everything he did was calculated for effect.” Some suggested sources for various aspects of Lincoln’s address have been Pericles’ famous Funeral Speech (431 BC), Lincoln’s mastery of the language of the King James Bible, a sermon by Theodore Parker, and a speech by Daniel Webster.

Lincoln was used to making such speeches. He had been making remarkably eloquent speeches for years. So when he spoke at Gettysburg, he did so with assurance. When you’re going for high style, appearing comfortable and assured is a vital aspect of the overall effect.

Posted by Randall Shinn on June 25, 2009 in History, Photography, Appearance