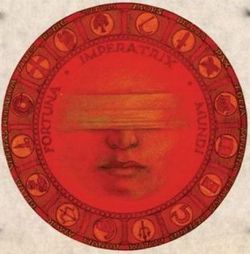 Not all classical music has ‘glamour’, but some does. In her book Dance with the Music

Elizabeth Sawyer has a chapter on choosing music suitable to choreograph for ballet. She writes:

One matter on which most writers seem to agree is that music for the theater must have the quality of glamour. This being defined as ‘magic, enchantment; delusive or alluring beauty or charm’, that view seems reasonable.

Sawyer also talks about an indefinable something called “atmosphere.” Although she can’t define theatrical atmosphere in music, she names pairs of composers whose music in general has or does not have theatrical atmosphere. Among others, she says that Monteverdi’s music generally has it, Palestrina’s does not. Similarly, Weber but not Beethoven; Tchaikovsky but not Brahms.

Her perceptions are valid, and since the second composer in each pairing is undeniably great, it shows, as she writes, that “the presence or absence of glamour does not, in itself, determine the worth of a piece of music.”

Sawyer is not saying that some music is glamorous because of its association with glamorous venues or performers, but rather that some pieces of music have qualities that make them intrinsically glamorous. (I would add the caveat that this can only be true of the music is performed well.) And if a piece of music can have the qualities of “glamour” and “atmosphere,” then these qualities can be borrowed by other media, such as dance, film, and even advertising.

If we think of glamour in the older sense in which it was synonymous with a magic “spell,” then some classical music has the ability to immediately cast a spell, whereas other music builds its effect more slowly as it unfolds. In film, as in the theater, immediacy is important, so film makers typically choose music that has atmosphere, especially for emotional moments. In many films where there are sequences of images with no dialogue, borrowing the magic, the glamour, of particular passages of classical music has been crucial to the final effect .

, the opening movement of Carl Orff’s Carmina Burana. Like most composers whose music Sawyer feels has the quality of “atmosphere,” Orff wrote numerous works for the theater, and though written for the concert hall, Carmina Burana is undeniably theatrical.

You can see a video of “O Fortuna” performed in the concert hall here, with the incredibly dark text given in subtitles. The video below shows how a portion of the music was used in the 1981 film Excalibur. It’s a short excerpt, so I suggest watching it first with the sound off and then again with it on. Notice how remarkably different the emotional effect is when the music is added.

There is some glamour in the knights’ shining armor and their horses. But the music adds tremendous  emotion and atmosphere, as well as a sense of universality. The knights seem to represent all warriors who have ridden or marched into battle, and the elemental force of the music suggests that although the orchard they ride past will blossom again next spring, most of these knights will not live to see it.

I plan to talk about a few other examples of films using classical music in the next few weeks, and while doing so I will try to hint at why some music can cast such a powerful spell.