The Promise Of Product 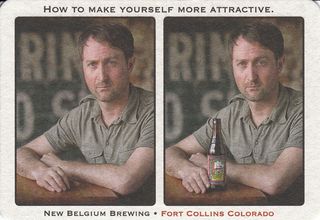 I laugh everytime I see this drink coaster. It advertises Fat Tire beer in a way that parodies all beverage ads that suggest that if you choose the right drink, you will soon find yourself surrounded by hot women dressed to kill.

We all know that holding this beer bottle does nothing for this guy’s attractiveness. Yet while we laugh about that, we also realize that we all have made numerous purchases in hopes that the product would make us more socially attractive. And some of these purchases were probably hopelessly naive.

Posted by Randall Shinn on July 30, 2013 in Advertising, Appearance, Food And Drink

While doing research in back issues of Vogue, I found this familiar-looking ad from 1974, three years before the debut of Star Wars. Of course, unlike Star Wars, which supposedly took place "long, long ago," Quathra is "a luxury fabric from the [oh so glamorous] 21st century." In the actual 21st century, Qathra (no u) is a coffee house in Brooklyn--an institution, not to mention a locale, not envisioned by 20th-century futurists. (The textile company appears to have canceled its trademark in 1982.) 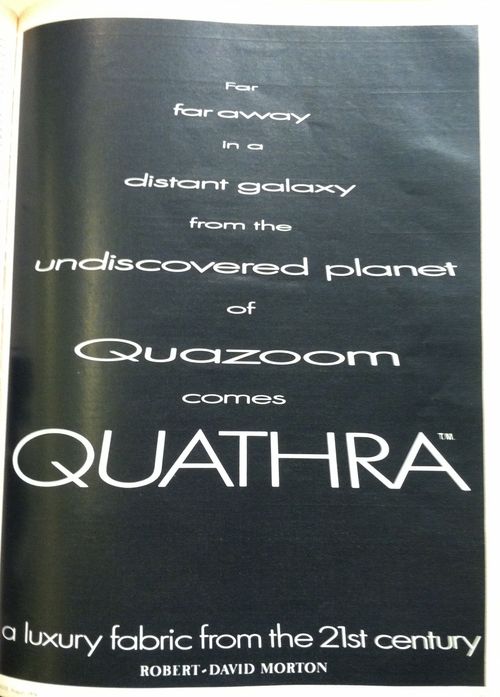 Stripper obviously meant something different then, but I'm not sure what. These seem to be something like today's "adventure travel" clothing. 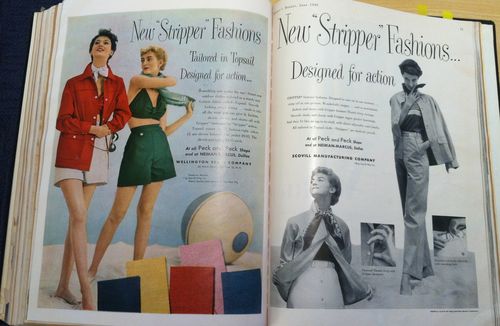 Posted by Virginia Postrel on October 18, 2012 in Fashion, Magazines, Advertising 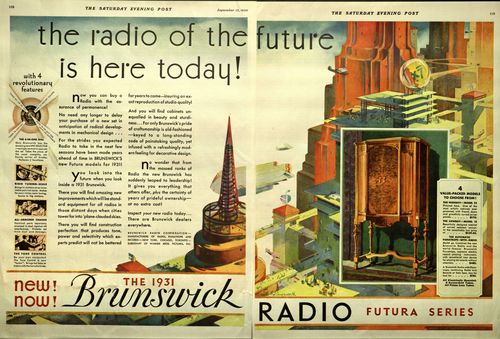 "It's easy to imagine better cars and homes and aircraft of the future--but it's hard to imagine a finer radio than the new Brunswick for 1931!"

In the fall of 1930, Brunswick Radio ran a striking series of ads for its new Futura radio. (Click each image to see a larger version.) The ads explicitly promised customers easy tuning and a radio that wouldn't soon be obsolete either stylistically or technically. But what they were really selling was the future, portrayed in brightly colored, highly stylized illustrations, against which the supposedly up-to-date radio cabinet looks, at least to 21st-century eyes, rather stodgy and old-fashioned. 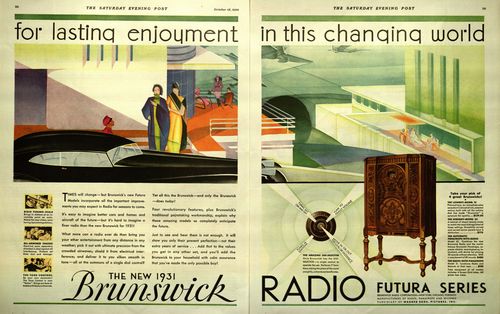 At the same time that they built excitement about great things to come, the ads promised a sense of stability: "lasting enjoyment in this changing world" and a chance to experience the orderliness and predictability of a future of "simplified and centralized control." In the early 20th century, many Americans longed for what the historian John M. Jordan in his book Machine-Age Ideology: Social Engineering and American Liberalism, 1911-1939

called "kinetic change made stable." Social and political theorists offered their own glamorous visions of how that paradoxical state could be achieved. And so did advertisers pushing consumer products.

In the Brunswick ads, this ideal of technocratic control becomes a metaphor for a new-fangled radio dial.

"When a hundred thousand automobiles speed along the elevated highways of the City of the Future, engineers predict that the whole traffic system will operate as a single unit--under the control of one man's hand. The future of mechanism, they say, lies inevitably along the path of simplified and centralized control....

Experience the ease of centralized control by asking your Brunswick dealer to let you try the Uni-Selector."

These days when airlines try to sell their services with glamour, they usually wind up looking ridiculous, because the real-world experience bears no resemblance to the advertised ease. We hate to fly, and it shows.

But a new ad for British Airways pulls it off--not by promising passengers a glamorous experience but by evoking the enduringly glamorous archetype of the aviator.

Posted by Virginia Postrel on September 21, 2011 in Advertising, Aviation

Glamour May Look Effortless, But Maintenance Is Required 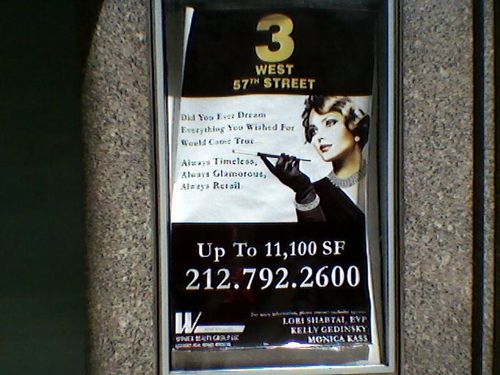 On a recent visit to New York, I snapped this photo with my dumb phone. (The low-res quality actually makes it look a little more glamorous than it did in real life.) It's a perfect example of why declaring something "glamorous" doesn't make it so. If you can't even manage to keep up your sign, why should we expect the building to be any better? 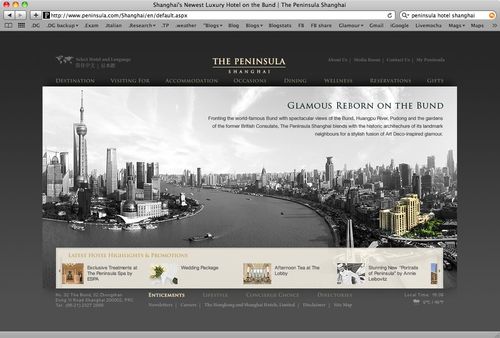 Can A Toilet Be Glamorous?

It can certainly try...and Kohler is pulling out all the stops.

Posted by Virginia Postrel on April 23, 2011 in Advertising, Interiors

I don't drink beer, but I occasionally buy it for parties. And when I do, I usually buy Corona, because I like their ads. Corona has long used a images of a tranquil beach to create a distinct brand identity--one that effectively combines gentle humor with the glamour of escape. In the latest campaign, which debuted last fall, Corona ups the glamour quotient further, offering pure projection without even the gentlest silliness to undercut it.

The "Find Your Beach" ads visualize what Corona's ads have always implied (since most beer drinking doesn't take place at the beach): "that the beach is where you make it,” as Marshall Ross, the chief creative officer for Corona's ad agency, Cramer-Krasselt, put it. “We want to give literal, visual permission for people to take the Corona mindset with them. Even to the ski slopes or the big city.” The composition of the images remains similar. The Corona drinkers are shown only from the back or in profile, encouraging identification and projection, and they themselves are gazing at expansive vistas. Grace, mystery, and escape--all the elements of glamour are there.

If you like the song, you can download it on Corona's Facebook page. And here, courtesy of Corona's Argentine branch, is a little more video escape (via AdRants).

Posted by Virginia Postrel on April 20, 2011 in Escape, Advertising, Food And Drink

Carolee's Style Icons: Does Michelle Obama Know They're Equating Her With Evita To Sell Jewelry? 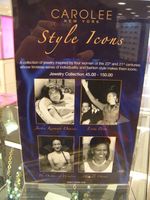 Walking through Bloomingdale's, I was struck by this sign in the jewelry department. The Carolee jewelry company is pitching its line of pearls with photos of four pearl-wearing style icons: two American first ladies, Jackie Kennedy and Michelle Obama, both Democrats, and two foreign consorts, Eva Peron and Wallis Simpson, who, to put it politely, leaned fascist. (What, no Imelda Marcos? Too famous for shoes I guess.)

Now I realize that jewelry marketers should not be confused with historians, but if I were Michelle Obama I'd be offended. And if I were managing the Obama brand I'd certainly protest. If the White House can ask a noncontroversial windbreaker-maker to remove a billboard featuring a press photo of President Obama in its jacket, surely the first lady's staff can ask Carolee not to link Mrs. O with Evita.

It is, of course, possible that this is a sanctioned use of the first lady's image. To find out, since there's no press contact listed on Carolee's site, I posted a query to @Caroleejewelry on Twitter. (If someone were paying me to write, I'd call the company and the White House.) No response. 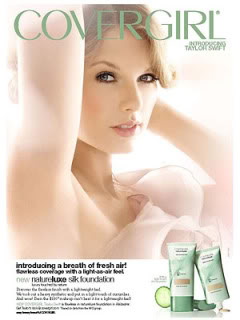 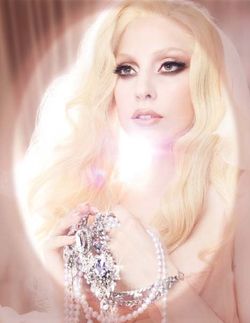