Astronauts, Obama, And More: Talking The Power Of Glamour With Instapundit Glenn Reynolds

Glenn Reynolds of Instapundit fame interviews me about The Power of Glamour.

Posted by Virginia Postrel on October 31, 2013 in Books, Interviews, Space

As the 40th anniversary of the moon landing approaches, Louis Vuitton has hired a trio of the most famous astronauts—Buzz Aldrin, Sally Ride, and James Lovell—to pose for this glamour shot by Annie Leibovitz. (Advertising commentators have fixated on the absence of Neil Armstrong, apparently unaware that he has spent decades shunning any and all publicity.) 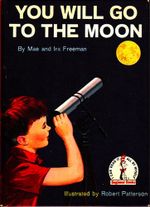 The campaign, which includes both print ads and this online video, is aimed at baby boomers, who are old enough to remember the moon landing and to respond positively to the mid-century glamour of space flight. But the slogan, “Some journeys change mankind forever,” with its evocation of escape and transformation, has a poignant resonance (and not just because mankind seems a bit retro). Communications satellites aside, how much has space exploration really changed human life? The adventure is long past, and I’m still waiting for my favorite kindergarten reading

to fulfill its title’s glamorous promise.

Posted by Virginia Postrel on June 04, 2009 in Space, Advertising

The Glamour Of Star Trek 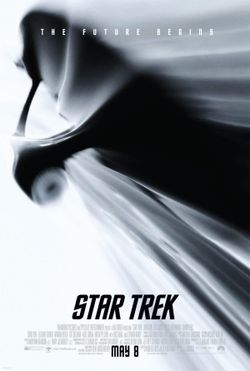 . Like Ayn Rand's novels, Star Trek traffics in glamour that appeals to people who generally think they're immune to such frivolous nonsense (and, conversely, whose obsessions seem decidedly unglamorous to most of the fashion crowd). Greenwald's book has a number of good passages that deal with Star Trek's glamour, without using the word. Here's one of the best, which follows his girlfriend's insight that the book "is about longing," the subject of all glamour:

When I began this book, I naively imagined that everyone I spoke to would echo my own intuition: that Star Trek has become successful because it awakens a collective human yearning to get out into space and explore the “final frontier” in earnest. A number of people on my list did indeed feel this way—but they were in the minority. Star Trek, I learned, inspires longings of many kinds. It’s a mirror that people tune like a radio, focusing on the aspects that attract them most.

Star Trek invokes an almost primal wanderlust—a hardwired compulsion to break away from the familiar, and plumb the depths of outer and inner space. It inspires a desire to build a society where technology is partnered with conscience. It evokes a yearning for family and friendship, which is played out in a thousand different fan clubs and Web sites around the world. And it fulfills a deep and eternal need for something to believe in: something vast and powerful, yet rational and contemporary. Something that makes sense.

One of the trailers for the new Star Trek movie features someone’s voice telling young Jim Kirk, “You’ve always had a hard time finding a place in this world, haven’t you? Never knowing your true worth. You can settle for something less, an ordinary life. Or do you feel like you were meant for something better? Something special.” In the trailer, that enticing suggestion accompanies this evocative shot, which beautifully captures both the centrality of the individual and the longing to belong to something larger than oneself:

The promise of becoming someone special is at the heart of much glamour, from the allure of beautiful dresses to the appeal of the U.S. Marine Corps. Particularly for people who feel out of place in their surrounding community, the idea of belonging to an ideal fellowship (Camelot's Round Table, Ayn Rand's Galt's Gulch, the Enterprise crew) is particularly powerful—and, as Greenwald documents, able to sustain real-world fellowship among devotees who share the same enthusiasm.

ADDENDUM: "What most appeals to me about Barack Obama is his Spock-like quality." 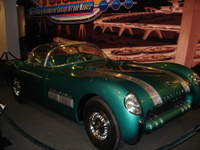