From Coming To My Senses: Alyssa Harad Has The “JAR Experience” 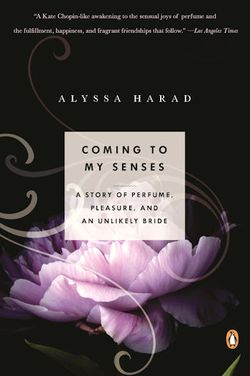 In her book Coming to My Senses: A Story of Perfume, Pleasure, and an Unlikely Bride

, recently released in paperback, Alyssa Harad tells the story of how she came to know and love the world of perfume. In this excerpt, she ventures from her bohemian life in Austin into the foreign territory of Bergdorf Goodman in search of legendary fragrances.

“Is Madame familiar with the Clive Christian line?” asked the sales assistant.

Her thick, dark hair was smoothed back into a chignon, and the slim, elegant length of her was clothed in expertly tailored black, from the sharp collar of her silk shirt right down to the tips of her rather high heels. I stood up a little straighter and tucked an errant curl behind my ear. Yes, I said, I knew of the line. But I was looking for the JAR boutique.

“Ah, JAR,” she sighed. “Yes, of course. I like these perfumes very much. Let me show you.”

She led me into a tiny alcove off the main floor and delivered me to an immaculate, silver-haired man with a broad chest, large, square hands, and the bearing of a career diplomat.

“This is Robert,” she said, gesturing toward the diplomat. He shook my hand solemnly. “Robert, this young lady would like to have the JAR experience.”

At Robert’s request, I sat down on a soft, low chair in front of a small, black-lacquered table that held a collection of old-fashioned bell jars. Everything was swathed in shadow: the chair a maroon velvet, the carpet dark lilac gray, the walls covered in deep mauve. Two small spotlights punctuated the sepulchral gloom, glinting off the glass domes on the table and the silver in Robert’s hair.

Leaning forward slightly, Robert began to talk. First he told the story of the room and the mural and how many times JAR—who had flown in himself from Paris to oversee the work—had it repainted to meet his strict standards. I squirmed and snuck a look at the unlabeled bell jars. If the perfume blogs were to be trusted, each of them held a square of cotton soaked in perfume. Robert ignored my glance and continued telling me, in the same unhurried, respectful tones, the story of Joel Arthur Rosenthal, from the Bronx, and how he found his true métier in Paris as a jeweler for the very discriminating (and very rich) and became the capital-letters-no-periods figure he is today.

Then, turning a large leather binder around to face me, he began to page slowly through glossy color photos of JAR jewelry. Dazzling pavé surfaces floated up under the bright spotlight. Thousands upon thousands of tiny diamonds, emeralds, rubies, amethysts, citrons, and sapphires set in tiny hand-drilled holes made swirling patterns, unearthly flowers, shimmering butterflies and insects. Robert was dropping the names of movie stars and the wives of politicians and billionaires, and I was thinking about compulsion, perfectionism, and patronage—czars and pharaohs, Napoleon and the Medicis. And occasionally, it must be admitted, of Las Vegas: Pavé is not a technique that lends itself to sleek, modernist restraint. 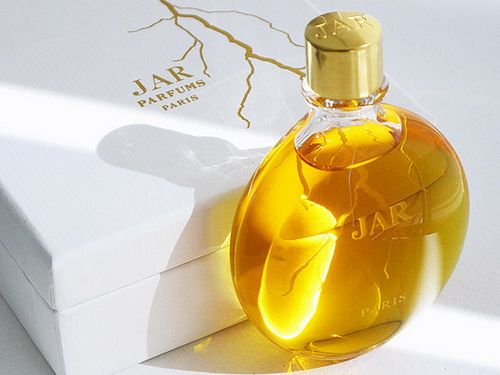 At last we arrived at the moment when JAR decided to create his own perfumes—perfumes worthy of the name JAR. Robert paused, leaned back in his chair, and moved the bell jars to the center of the table.

“Are you ready to experience the perfumes now?” he asked. For a moment I thought I saw a glint of irony in his eyes. Resisting the impulse to wink, I inclined my head gravely.

One by one, he slid the jars in front of me, whisked off the glass, and tipped the base forward for me to sniff at the accumulated vapors as they escaped into the air. They went by like a series of fever dreams: a cloud of fiery clove-and-cinnamon-edged carnations thick and lush enough to drown in. Dirty hay and ripe animal—the filthiest, sexiest, most expensive barnyard in the world. An acre of gardenias blooming furiously in moist dirt and humid air. Carnations again, but lighter, touched with a sparkling chill and trailing other flowers and something like incense behind them. Berries and wine at the end of a perfect sunny afternoon. Something dark and sharp, smelling of dust, roots, caves, and cellars. And then something—

“Could I smell that one again, please?”

Obligingly, Robert tipped the jar toward me a second time.

And there it was again. The smell of the air just after a summer thunderstorm—an astonishing scent of trampled grass, broken branches, bruised flowers, and electricity. I closed my eyes and inhaled a third time, grateful for the dim quiet of the little alcove.

“They went by like a series of fever dreams: a cloud of fiery clove-and-cinnamon-edged carnations thick and lush enough to drown in. Dirty hay and ripe animal—the filthiest, sexiest, most expensive barnyard in the world. An acre of gardenias blooming furiously in moist dirt and humid air. Carnations again, but lighter, touched with a sparkling chill and trailing other flowers and something like incense behind them. Berries and wine at the end of a perfect sunny afternoon. Something dark and sharp, smelling of dust, roots, caves, and cellars. And then something—”

With a start, I remembered that Robert was holding the jar for me. I opened my eyes and leaned back. We looked at one another again. This time, fortified by the perfume, I grinned, and was rewarded with a faint smile, the gentle irony on clear display now.

“Would you like to try one of them on your skin?” he asked.

Of course I did. I wanted to try all of them. But I knew my greed would only make it impossible to smell any of them properly.

“May I wait a moment and then smell them again to choose one?”

We waited. Feeling that some kind of conversation was required, I leaned forward and confessed that I had come all the way from Texas to smell the perfumes.

“They’re like celebrities to me,” I said. “I can’t believe I actually get to see and meet them in person.”

His smile widened, “Oh, yes, I know what you’re talking about. I’m from Oklahoma. I remember feeling that way about a lot of things in the city.” He paused and sighed. “Some of them lived up to my expectations. Some did not.”

We had a moment of silence, thinking about cities and dreams.

And we went through them all again, though I already knew which one I would choose. I told Robert, and with great ceremony he anointed the back of my hand. We rose, I thanked him, and without a trace of self-consciousness we bowed slightly to one another, two courtiers taking their leave. Neither of us said a word about money.

Excerpted with permission from Coming to My Senses: A Story of Perfume, Pleasure, and an Unlikely Bride

Alyssa will be at Green Apple Books and Music in San Francisco tonight at 7 p.m. and at The Scent Bar in Los Angeles Saturday from 4 to 6 p.m. For more on her West Coast book tour, which also includes Portland and Seattle, go here.

Enter to win a copy of Coming to My Senses here.

Posted by Virginia Postrel on July 31, 2013 in Books, Perfume