Covert Affairs Costumes: What Does A Spy Chief Wear? No Sleeves, Apparently.

When tonight's episode of Covert Affairs airs, most fans of the USA Network spy drama will be looking at sexy leading lady Piper Perabo, who plays rookie CIA operative Annie Walker. I, however, will be wondering what sort of sleeveless outfit her boss Joan Campbell, played by Kari Matchett, will be sporting. 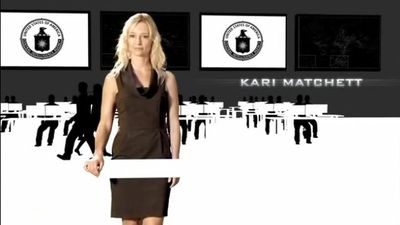 Unless she's on assignment, Annie dresses like a typical Washington professional--in suits (though not in the clip below). Joan, however, never covers her arms. Is this a new form of power dressing? Is it Michelle Obama's influence? Or is it yet another Hollywood fantasy? (They've been putting female detectives in tank tops for years. But at least they also have jackets.) You'd think that Langley's air conditioning alone would dictate more coverage.

Here are a couple more YouTube clips. Apparently I'm not the only one wondering about these outfits. There's a whole thread on IMDB. 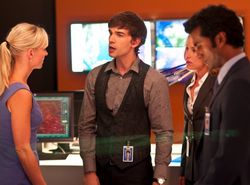 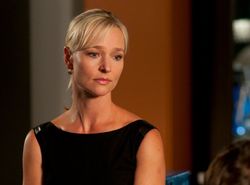 Posted by Virginia Postrel on August 30, 2010 in Television, Appearance