Distant, But Not Inconceivable: James Bond And Glamour's Escapist Balance

In a survey of the James Bond movies, pegged to the opening of Skyfall, Slate's Isaac Chotiner points to a quality essential to 007's appeal:

James Bond is not a “realistic” character; real people occasionally smile. But he is a compelling and distinct one. With the right leading man, Bond is just human enough to be believable—and yet sufficiently aloof and suave to appear mostly untroubled by the world’s real worries. He thus provides just the right amount of escapism. The best fantasies are those that appear not entirely unattainable.

This observation offers an insight into why Bond used to be the quintessentially glamorous male figure. Glamour offers an emotionally specific version of escapism. It does not merely stir adrenaline or laughter. Rather, glamour provides a way to imaginatively transcend the constraints and burdens of everyday life. For a moment at least, it makes us feel that our greatest yearnings are achievable, that the impossible is possible, that we are not stuck with the life we have.

Bond allowed audiences to project themselves into an ideal life—distant, improbable, but not entirely unimaginable. As Simon Winder argues in The Man Who Saved Britain: A Personal Journey into the Disturbing World of James Bond

, that life was particularly remote from the cold, depressing, make-and-mend Britain of the 1950s.

As Bond/Fleming sits in America and tucks into a mountain of crabs and melted butter, gorges on steak ‘so soft you can cut it with a fork’ and slurps another giant martini it becomes an almost pornographic contrast with the cable-knit sweaters and briarwood pipes, trad-jazz-revival and milk-bar world he had flown away from. As Felix Leiter in the book of Thunderball watches from a helicopter through his binoculars a naked girl sunbathing on a yacht and yells to Bond, ‘Natural blonde,’ Fleming’s original, chilblained, earnest British reader, with his uncontrollable flashbacks to the Burmese jungle and ill-informed keenness on Harald Macmillan, must have flung the novel across the room in despair. 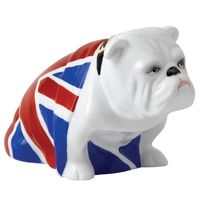 Skyfall continues the Daniel Craig movies’ deglamorization of Bond. Here, he epitomizes not the old easy grace but, as M says in his premature obituary, “British perseverance.” The film is a celebration of the world the old Bond offered audiences escape from. This stoic, aging 007 belongs to the tough world of Tennyson, Churchill, and Margaret Thatcher, not the Jet Set. He struggles, suffers, and eventually wins out.

We don’t long to live in his world. We fear we already do.

Posted by Virginia Postrel on November 26, 2012 in Film, Icons, Grace