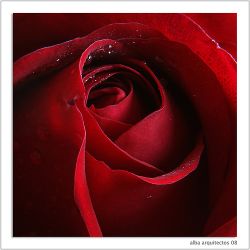 In his wonderful book Second Nature: A Gardener's Education, Michael Pollan writes about his move from a Manhattan apartment to five acres in Connecticut. In winter many gardeners spend time looking at flower and seed catalogs. Pollan’s musings on the social attitudes of these catalogs are priceless, as when he discusses the austere snobbery of the White Flower Farm in Connecticut and the colorful extravagance of Wayside Gardens in South Carolina. “If White Flower proposes a garden fit for Cabots and Lodges, Wayside has one Scarlett O’Hara would die for.”

The photography in each catalog is telling. In the Connecticut catalog, “flowers are always photographed at a discreet distance and several days before their peak.” Pollan writes that in contrast:

Wayside likes to photograph its flowers when they are in full bloom, wide open and almost past their peak—as in one of those Dutch still lifes where blossoms poise on the verge of shattering and decadence hovers in the wings. Wayside blooms press forward from their pages provocatively, many of them bursting free of their frames, almost as if from a bodice. The effect is frankly sensual, yet never quite garish—except, perhaps, to a Puritan.

The White Flower Farm emphasizes discrimination and taste, whereas in Wayside it is ancestry that matters— “who her daddy is,” as Pollan writes.

Rose hybridizers seem particularly prone to naming their roses after famous people, which can make for strange social gatherings. In one of our gardens we placed the demurely pink Queen Elizabeth in the same bed as the velvety red Ingrid Bergman, and flamboyantly orange-red Dolly Parton.

Other kinds of names are used as well. Iris and daylily hybridizers seem prone to metaphoric names like the white daylily “Sunday Gloves” and the dark iris “Satan’s Mistress.” Surely placing these close together would invite trouble.

In the future, I can imagine that a flower catalog might include roses named “Michelle Obama” and “Sarah Palin.” If so, I think only a fearless, bipartisan gardener would dare plant both of them.