It Began With Barney 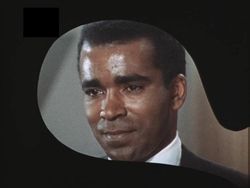 In Sunday's NYT, Manohla Dargis and A.O. Scott offered up a seemingly comprehensive dissection of the ways in which Hollywood has, since the days of Sidney Poitier, given us archetypes of the black male hero: the Black Everyman, the Black Outlaw, the Black Provocateur, the Black Father, the Black Yoda, and the Black Messiah.

But they forgot one important recurring role: the Black Techie or, if you prefer, the Black Geek. These guys are everywhere in TV shows and movies, programming computers and setting explosives. (I'm not even counting the many doctors.)


Here's a small selection: Samuel L. Jackson in Jurassic Park, LaVar Burton in Star Trek: The Next Generation, Joe Morton in Terminator 2, Don Cheadle in the Ocean's movies, and Ving Rhames in the Mission Impossible movies. Even the German bad guys in Die Hard used a black guy (Clarence Gilyard Jr.) as their tech expert (though the character's reviews aren't good). And Sidney Poitier made it into Sneakers.


With all due respect to Geordi, the greatest black techie was, in my estimation, Dr. Miles Hawkins, the Reed Richards-meets-Tom Sowell protagonist of the short-lived superhero series M.A.N.T.I. S.

, who played by Carl Lumbly.  (Now that the surprisingly glamorous white ubernerd Gil Grissom has left CSI, maybe Laurence Fishburne has a shot at at creating a new prototype of the black supergeek. Given his character's medical training, however, it will be hard to beat Omar Epps on House. And I did say I wasn't counting the doctors.)


Now black nerds are hardly a cultural stereotype. What gives?

One explanation is simply imitation. The Ur-black techie was, of course, the original Mission Impossible's immortal Barney Collier, played by Greg Morris, who reprised the role in three episodes of the remade 1988 series (which featured his son Phil Morris, who, like Lumbly has also played Martian Manhunter J'onn J'onzz). Maybe Barney was so memorable that he imprinted Hollywood with a new casting stereotype, à la Louis Gossett Jr.'s Gunnery Sergeant Emil Foley in An Officer and a Gentleman 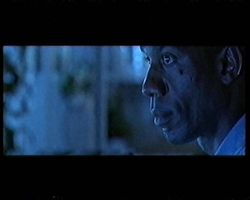 But where did Barney come from? Why, in 1966, would a TV series feature a black man as its team's technical expert?


I suspect Barney came from the same impulse that in 1977 led my high school's senior class play to cast a black student as the boss in Meet Me in St. Louis. That selection wasn't an attempt at verisimilitude--not many white professionals had black bosses in 1903 St. Louis--nor was my South Carolina drama department devoted to color-blind casting (though the student in question did a fine job). No, the reason was that the boss had no visible family: no wife, no kids, no romantic entanglements. He was non-threatening because sexually neutral.
And who could be more non-threatening and sexually neutral than a techie?


That makes Joe Morton's Dr. Miles Bennett Dyson a breakthrough role. Not only does he create (and destroy) Skynet. He actually has a wife and son.


Now if only they hadn't made that horrible Terminator 3.


(In The Sarah Connor Chronicles, the TV spinoff of the Terminator movies, Miles Dyson appears only in a photo, where he is portrayed by Phil Morris. So he, too, is a son of Barney.)