Mao On Red Velvet: A Communist Twist On Kitsch Iconography

Icons from Jesus and Elvis to Steve Jobs and Monica Lewinsky have gotten the black velvet treatment. But, as these posters up for auction at Swann Galleries demonstrate, even when it came to kitsch techniques, Mao’s east was red. 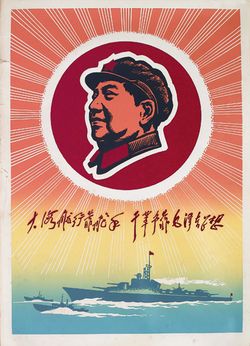 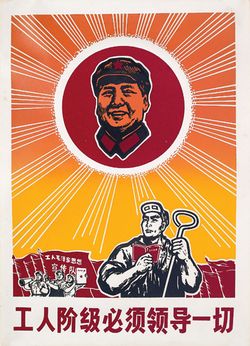 All the red is velvet. From the Swann’s catalog:

In an unexpected example of one Cultural Revolution borrowing visual cues from another, the Chinese co-opted some of the best, and some of the worst, American poster design concepts. A cross between a Velvet Elvis, a black light poster and Red Army propaganda, the result is as kitschy as its Western counterpart; a Velvet Mao!

Posted by Virginia Postrel on April 10, 2010 in Propaganda