North Of 60 With Sarah--New Reality Show?

Jeffrey Goldberg at The Atlantic speculated about a Sarah Palin reality show, but you can tell he's not really familiar with the parameters of the genre. (Ophelia Swims came closer.) For a really successful series, you need an attractive protagonist (because they come into your home, every week), a lively and diverse supporting cast, and a location or situation in which conflict, resolution, and emotion can bloom. 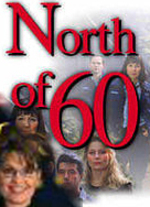 North of 60 with Sarah

In the first episode, spunky Sarah vetos anti-gill net legislation and an extended curfew for Willow with equal aplomb. Piper stows away on a float plane, but a quick thinking state trooper has her home for dinner.

Future episodes include a show-down between Sarah and Putin over fishing rights that's soon eclipsed by the furor raised by Bristol's determination to have a vegan wedding buffet.

Later, French premier Sarkozy shows up for a fly-fishing lesson--without his wife! Thanks to an emergency international call, the First Dude saves the day.

Sounds almost real, doesn't it? Have your people call my people. (Looks like cameras are rolling!)

(Apologies to the CBC.)

Posted by KateC on October 16, 2008 in Television, Politics