Sarah Palin On The Ticket And In Vogue 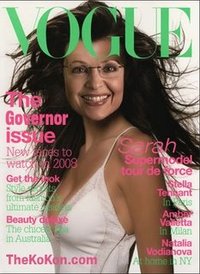 Besides being telegenic, she had a tough-girl Alaskan resume that most politicians could only dream of - the protein her family eats comes from fish she has pulled out of the ocean with her own hands and caribou she has shot.

But the cover? Alas, no.  She was joined by daughters Willow, Bristol and Piper for a spread on the inside of the February book. 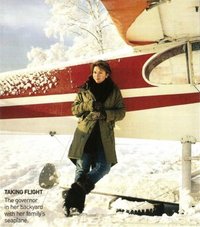 Slate's Timothy Noah has the backstory on  Palin.

Posted by KateC on August 29, 2008 in Magazines, Politics