The Seduction Of Hair 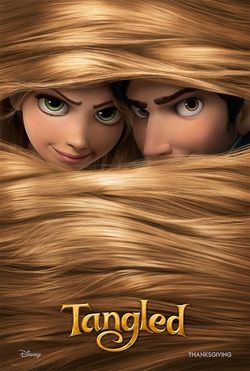 Hair is having a major cultural moment. Disney’s Tangled, a retelling of “Rapunzel” that features what one blogger calls “ninja hair,” is a monster hit, while nine-year-old Willow Smith (daughter of Will and Jada) has become an instant star with her exuberant video “Whip My Hair.”

Meanwhile, in Paris, where they take both fashion and cinema far too seriously to produce celebrations of ninja-hair-whipping, the Cinématèque Française has mounted an exposition devoted to the portrayal of women’s hair in the movies. Titled “Brune-Blonde” (“Brunette-Blonde”), it runs through January 16, with an online version here. The poster features the naturally brunette Penelope Cruz as a platinum blonde, and the exhibit’s intellectual theme is Hollywood’s role in fostering a now-fading “blonde imperialism.”

There is something fascinating, seductive, and slightly unnerving about human hair. It’s a constant reminder of how little control we really exercise over the bodies that define us to other people. Lacking nerves and muscles, hair is simultaneously part of its owner and yet somehow not. A defining part of a person’s appearance, it takes conscious artifice to control. Contrary to the title, Rapunzel's long tresses in Tangled are never in knots. When they start to get in the way, an adorable trio of little girls fashions them into a flower-filled braid worthy of Botticelli.

In the era of the faux-disorderly “messy bun,” the phrase “not a hair out of place” now connotes too much control, Betty Draper-style. But, taken literally, getting your hair under control is still a glamorous ideal. All that’s changed is the definition of “in place.” As a friend once remarked, nobody in a movie love scene ever says, “Owww, you’re on my hair.”