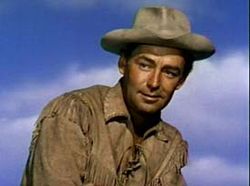 Consider for a moment the picture of the silent, capable man: the 007, or the mysterious cowboy who meanders into town and takes care of business, even the official portrait of JFK with his head down, deep in thought. Their glamour is rooted in our very DNA.

Anthropologically speaking, when times are tough, silence is the best way to live to see the next day. “Each man must do his own surviving,” writes Laurence Gonzales in Deep Survival: Who Lives, Who Dies, and Why

. “Privacy is important for strength in that lonely work.”

But we live in a culture that’s tell-all, all-the-time. In 1994, Molly Mayfield in the Rocky Mountain News coined a new word. “the Oprahization of our culture—the astonishing propensity to tell all, even the most sacred, private things to an audience of strangers…” 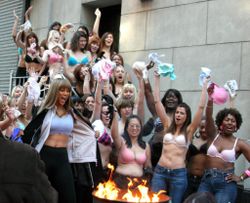 When Oprah first went on the air her more scandalous guests would appear behind a screen or, who else remembers this??, dressed in disguise, big glasses, wigs, etc. That was 1985. By 2007, middle-class women were lifting up their shirts on national TV,for her Bra Revolution show. (Not to be outdone, Tyra added her own classy spin to the topic.) Perhaps we’ll look back at the apex of this era of T.M.I. as Tom Cruise’s jumping on Oprah's yellow couch and continuously dropping to the floor to do the E.R. arm pump all while professing his love for Katie Holmes. As my mother used to say “What would the neighbors think?”

Directly after that stunt Cruise went on a public relations whirlwind (“You’re glib, Matt. Glib.”) Note to those in the PR field: “Thrashing does not save a drowning person… Those who can float quietly have a better chance,” writes Gonzales.

Part of surviving, as Gonzales sees it, is constantly being able to reorient your mental map. A survivor must take in his surroundings, admit to himself he's over his head (humility), discard all hope of rescue (he's got to do it himself), and just get on with the business of making the right choices. "Survivors aren't fearless. They use fear: they turn it into anger and focus," he writes. (See Russell Crowe's Maximus in Gladiator 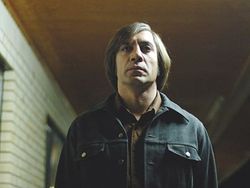 Strangely though, even though it is programmed into our DNA to be silent in survival, lately the quiet one turns out to be the sinister character to avoid: Daniel Day-Lewis' character in There Will Be Blood

, Javier Bardem in No Country for Old Men

Economically, environmentally, individually, these are tough times. So where’s the good guy who puts up and shuts up, on the big screen or even in everyday life? From Gonzales' book, "Epictetus said, 'and let silence be the general rule, or let only what is necessary be said and in few words. And rarely and when the occasion calls shall we say something.'"

Somewhere, maybe because we've had it pretty easy for so long, we've forgotten the best way to survive is to go inside ourselves and stay quiet.  You feel it, I feel it, even Lily Allen feels it. She sings about it in her new song, “The Fear.”

"I want to be rich and I want lots of money
I don't care about clever, I don't care about funny
...
I'll take my clothes off and it will be shameless
'Cuz everyone knows that's how you get famous
...
I don't know what's right and what's real anymore
I don't know how I'm meant to feel anymore
When do you think it will all become clear?
‘Cause I’m being taken over by The Fear"