The Glamorous Side Of Baltimore 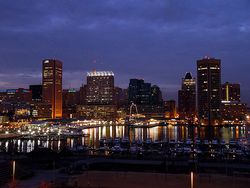 Ever since writing about the relative glamour of New York and LA, back in December, I’ve been thinking – and trying to write – about the glamour of my own city, Baltimore. Finding glamour in anything requires a little detachment, so it follows that it’s difficult to clearly see the glamour in the place you live everyday.

It’s especially difficult when that place is Baltimore, a city best known right now thanks to David Simon and his series, "The Wire." The underbelly of the city that’s on display in the show holds a certain type of glamour for some people (like Anthony Bourdain, who made it the lens through which he examined Baltimore in an episode of "No Reservations" ), but by and large, the actual residents of Baltimore don’t consider our very real problems glamorous.

Fortunately, the city is bigger than one TV show. Big enough to hold several types of glamour, in fact.

I asked a couple of the more glamorous women-about-town, Meg Fairfax-Fielding (who writes the fantastic blog Pigtown Design) and Lisa Simeone (who writes for several publications and has a blog of her own, Glamour Girl, on Baltimore’s Style Magazine website), for their opinions on what makes the city glamorous. Right off, both women mentioned the city’s architecture. 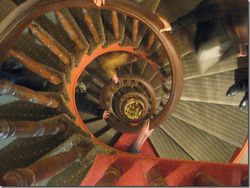 Simeone says, “I think Baltimore's architecture (does that count?) is extremely glamorous. We have some of the most wonderful architecture in the country here.” And she’s right. Simeone was able to list, off the top of her head, ten different buildings and neighborhoods that are, by any objective terms, home to fabulous historic architecture of the most glamorous sort. Beautiful buildings have the power to make people feel good, too. “How can one fail to feel glamorous,” she asks, “while swanning about in front of such buildings? All you have to do is look up, and you see beauty everywhere.”

For Fairfax-Fielding, the glamour is in the details. “Look at the curve of a railing or the detail in a piece of architecture is uplifting.” She goes on, “Keeping your eyes open often catches you a glimpse of an elegant older lady or gentleman. One of the most glamorous old Baltimoreans is decorator Billy Baldwin who grew up in Roland Park. His classic elegance and timeless style is still reflected in contemporary design.”

Baldwin’s not Baltimore’s only historical icon of glamour, either. Edgar Allen Poe, and his particularly dark brand of literary glamour, lived and worked here. Both Wallis Simpson and Pauline de Rothschild spent their formative years in the city (Baldwin and de Rothschild were close friends). Yes, they had to escape to fully realize their glamorous selves, but this is where they got their start. 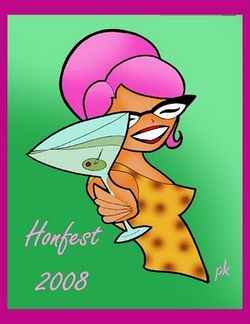 Interestingly, neither Simeone nor Fairfax-Fielding mentioned Baltimore’s “hon” culture, which I consider glamorous in the most over-the-top, drag queen sense of the word. With their teased hair and 50s-inspired outrageous clothes, they’re tacky, sure, but glamour’s not always refined.

Hons have something in common with their more tailored counterparts in glamour, too, in that they're of the past, even if they’re celebrated in the present. Actual hons are a dying breed, even if they are actively promoted everywhere from John Waters movies to popular restaurants.

Simeone made an effort to identify the spots and occasions when the glamorous Baltimoreans of today make an appearance, but even she admits that, “Baltimoreans, like most Americans, don’t exactly dress up for everyday events, so you’re likely to see a lot of t-shirts, jeans, and sneakers.” The silver lining? “When you do see a fashionably dressed man or woman, you notice it.”

Still, it seems that Baltimore’s glamorous glory days exist mostly in the past. Fortunately, this is the kind of city where the past isn’t simply tolerated, it’s celebrated. Every year, thousands of people break out the AquaNet for the city’s annual HonFest. Buildings are lovingly restored by both individuals and institutions. The city’s football team is named after a Poe poem, of all things.

So we keep the glamour alive in Baltimore, even if we don’t reinvent it each day.

Posted by Kit Pollard on February 11, 2010 in Architecture, Cities