To Portray A Courtesan 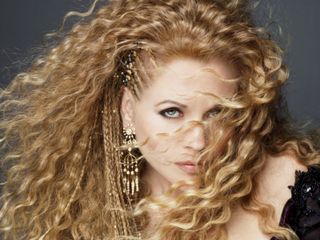 Two of the most glamorous roles in opera portray courtesans. One is the title character in Thaïs by Jules Massenet, and the other is Violetta in La Traviata by Giuseppe Verdi. This photograph of Renée Fleming as Thaïs was widely used by the Metropolitan Opera to generate ticket sales for their 2008 production of the opera.

The August 2009 issue of Opera News has an interesting article by Colleen Hill on costumes that have been designed for sopranos portraying Violetta. In article eight gowns are pictured and discussed. As one of the most glamorous sopranos, Renée Fleming is pictured twice, each time wearing a gown that was designed for her. In 2008 the New York Times had an article which showed her wearing a series of gowns commissioned for her for that season. The designers were Karl Lagerfeld, John Galliano, and Christian Lacroix.

Ms. Fleming is an extraordinary beauty and can be captivating when wearing such gowns. After seeing a movie theater broadcast of her performing in Tchaikovsky’s Eugene Onegin, Garrison Keillor (of Prairie Home Companion fame) wrote the following in Salon: “Miss Fleming’s bare left shoulder is more erotic than Madonna naked and when she puts her hand to her bodice, she makes my nostrils twitch.” As can be heard in the video below, Ms. Fleming’s lyric soprano voice, a rare and assiduously cultivated gift, is just as creamy and silky-smooth in sound as that curvaceous left shoulder is in shape. No wonder Keillor was enraptured. (In the video she portrays Violetta, wearing one of the gowns designed by Christian Lacroix.)

Posted by Randall Shinn on July 29, 2009 in Appearance, Music, Opera